After a quick 24 hours in London I flew straight to Shannon, Ireland. I ended up staying in this cute little town called Limerick. The first day I walked about 10 miles so I could experience Ireland like a local. 🙂 Luckily things picked up around mile 2: I discovered a ton of people on the streets dressed up to go into a stadium called The Gaelic Grounds. I didn’t recognize any of the jerseys (and was pretty sure it wasn’t futbol) so I walked into a pub and the nice bartender told me the sport is called “hurling” and to YouTube it.  Google told me it was an an outdoor game of ancient Gaelic and Irish origin, has been played for over 3,000 years and is considered the world’s fastest gameplay sport. I ran back to the stadium and purchased a ticket for only 8 euro! 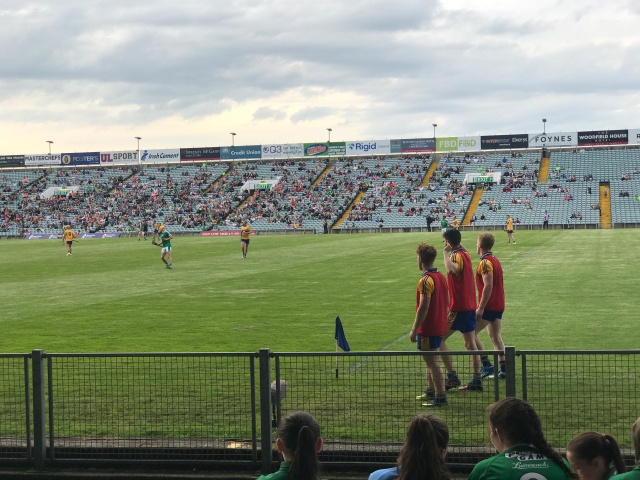 Google wasn’t lying, this game was faster and harder to keep up with than any sport I’d ever watched. After half the game I was ready to resume exploring. Another 2 miles in I ended up along a river with dozens of white swans. I found out later that Ireland is home to many swans across all it’s rivers.

The next day I decided to head over to the Cliffs of Moher. It’s been my dream to see the cliffs for a long time so I was really excited. I was told I picked the worst day because it rained… I didn’t mind the rain one bit, it made for the perfect moody scene.

^ You can’t really tell how windy and rainy it was but wow, this was my first and unfortunately best shot of the cliffs!

I managed to find a few willing strangers to take my photo. 🙂

I went on to visit other places but to be honest the cliffs were by far my favorite! 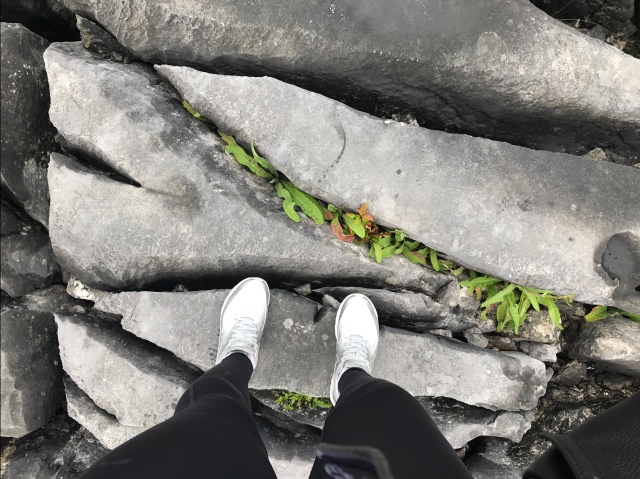 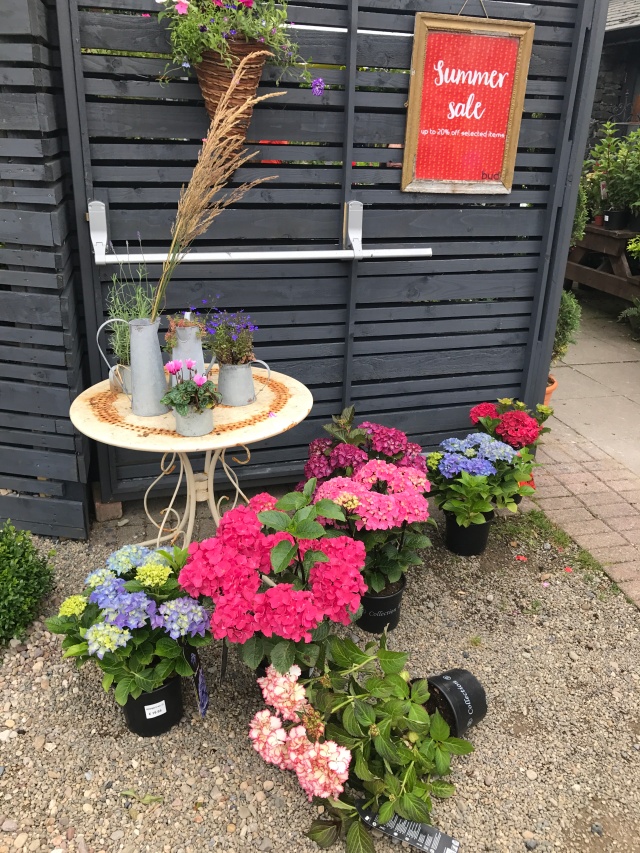 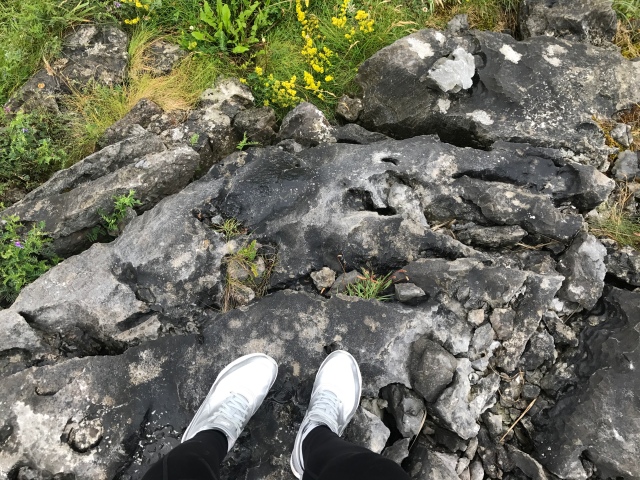 I was flying home from Dublin so after a few more days of wandering and talking with locals, I learn there was a bus that could take me from Shannon to Dublin for only 10 euro. Can you believe these prices?! Neither can I.. so I took it! The bus only took about 2 1/2 hours to drive east across the country. I hit the ground running in Dublin, although I regret the heeled boots due to the cobblestone on every street!

Birds decided to fly over this castle conveniently right as I took the photo. 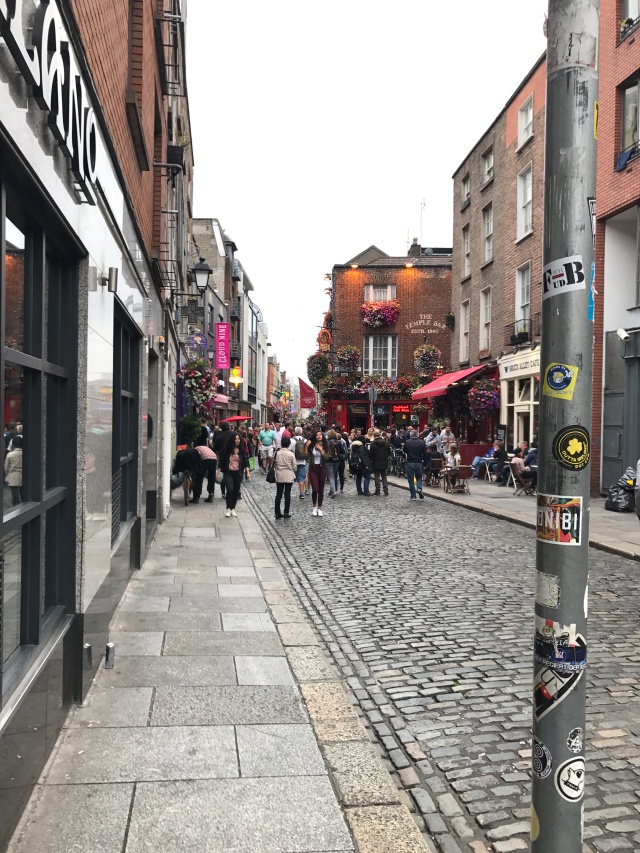 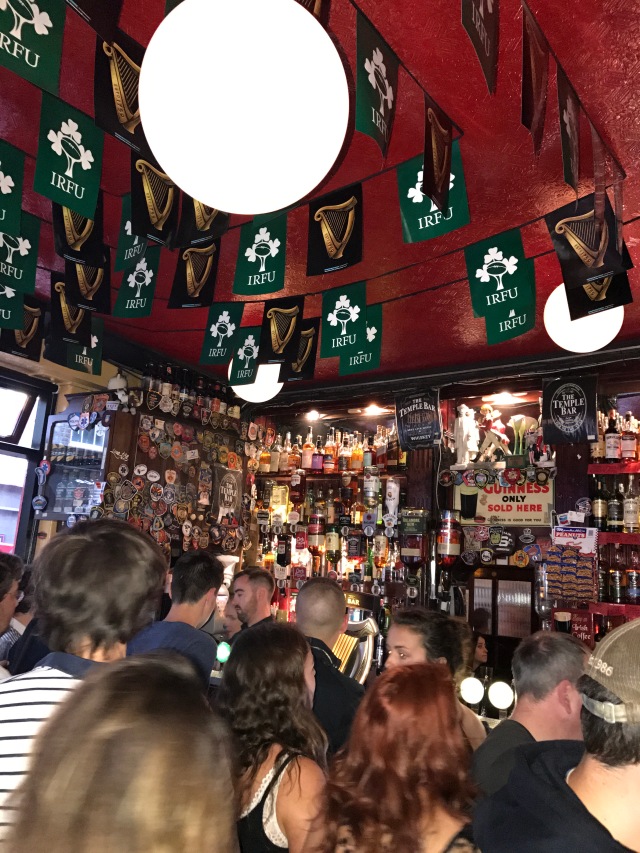 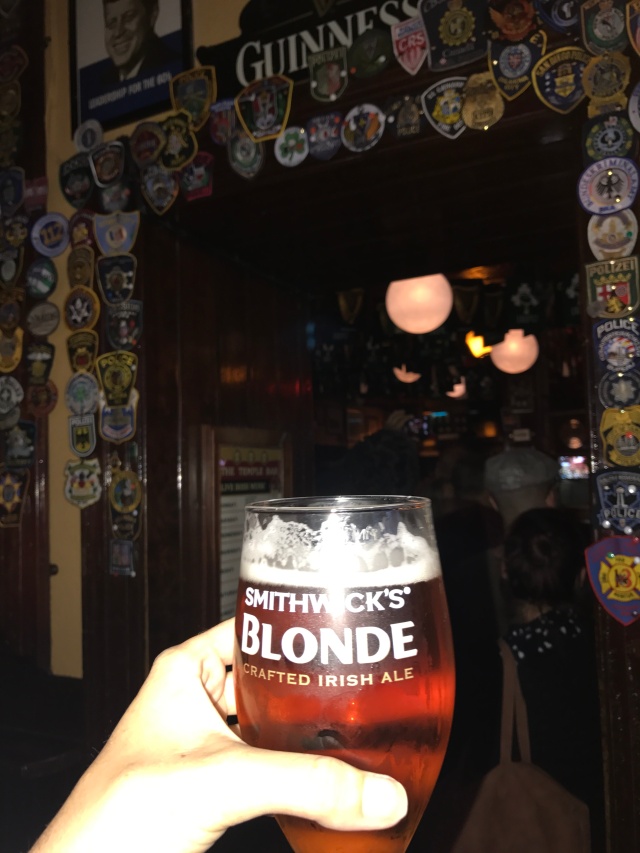 After the beer and some amazing live Irish music, I saw Trinity University on the map so I walked over to the campus. (It might have looked more like a crawl at this point in my heels.) The campus was really beautiful.

It quickly started pouring so I sought shelter in one of the most famous Irish bars! 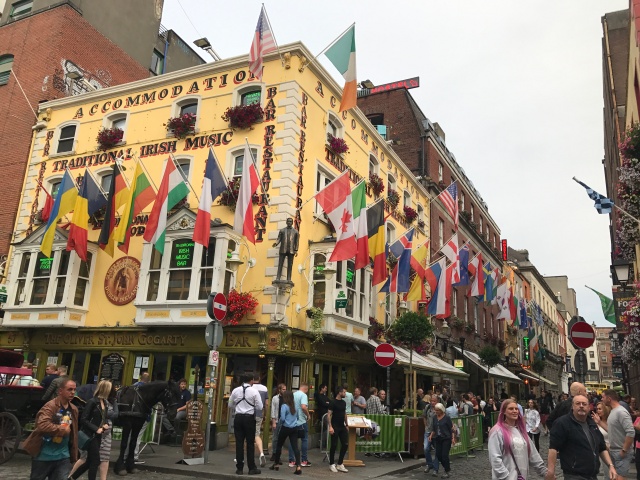 Looking back, I wish I had spent more than 18 hours in Dublin but it just gives me a good reason to go back! The only way I know how to summarize Dublin is wow, the Irish sure know how to party.

I’m thinking my next blog post will be about my attempt making the best dish I tried in Ireland: Chickpea Pie.